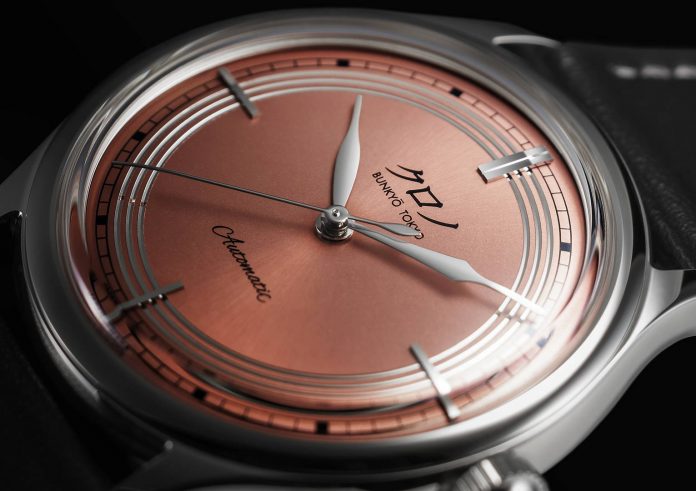 Anniversary pieces are significant to a brand, and Kurono Tokyo is no exception. For Kurono Tokyo, it brings back to the brand’s humble beginnings and why the brand was started.

What makes this year’s release more remarkable is that this is was first designed on the premise that it’s a watch Hajime-sensei would like to wear. Afterwards, it was refined to cater for a wider audience. Like the previous models, this has Hajime’s design DNA all over it.

The biggest reason why people love Kurono Tokyo is its design and story.

This year’s colour might look like every other salmon dial, but the shade was made to be different from the western salmon shades. Hajime wanted a copper-based watch, but still different. The decision was to use the colour on the feathers of the Japanese crested ibis – Tiko-iro which is deeply rooted in the history in japan.

The color of the 朱鷺:Toki dial was inspired by the Japanese crested ibis, an auspicious bird with feathers of a shade akin to that of a rising sun, and is regarded as a symbol of happiness and good fortune. This emblematic Japanese bird emanates a beautiful shade of dark-pink tinged vermilion, also known as 朱鷺色Toki-iro, as it flies overhead soaring the skies.

Another reason to love the watch is the amount of effort it took to build this. As a watch collector, knowing this much thought and effort was put into the design only brings more value to it. This is becoming less common, especially for more prominent watch companies.

The creation of the color I wanted for 朱鷺:TOKI was technically challenging. The desired color can only be achieved through the careful calibration of the thickness of the paint layer, with the bare metal dial beneath. The color of the dial changes depending on the thickness of the paint layer, and as such is impossible to predict how the final dial will turn out until it is actually produced. 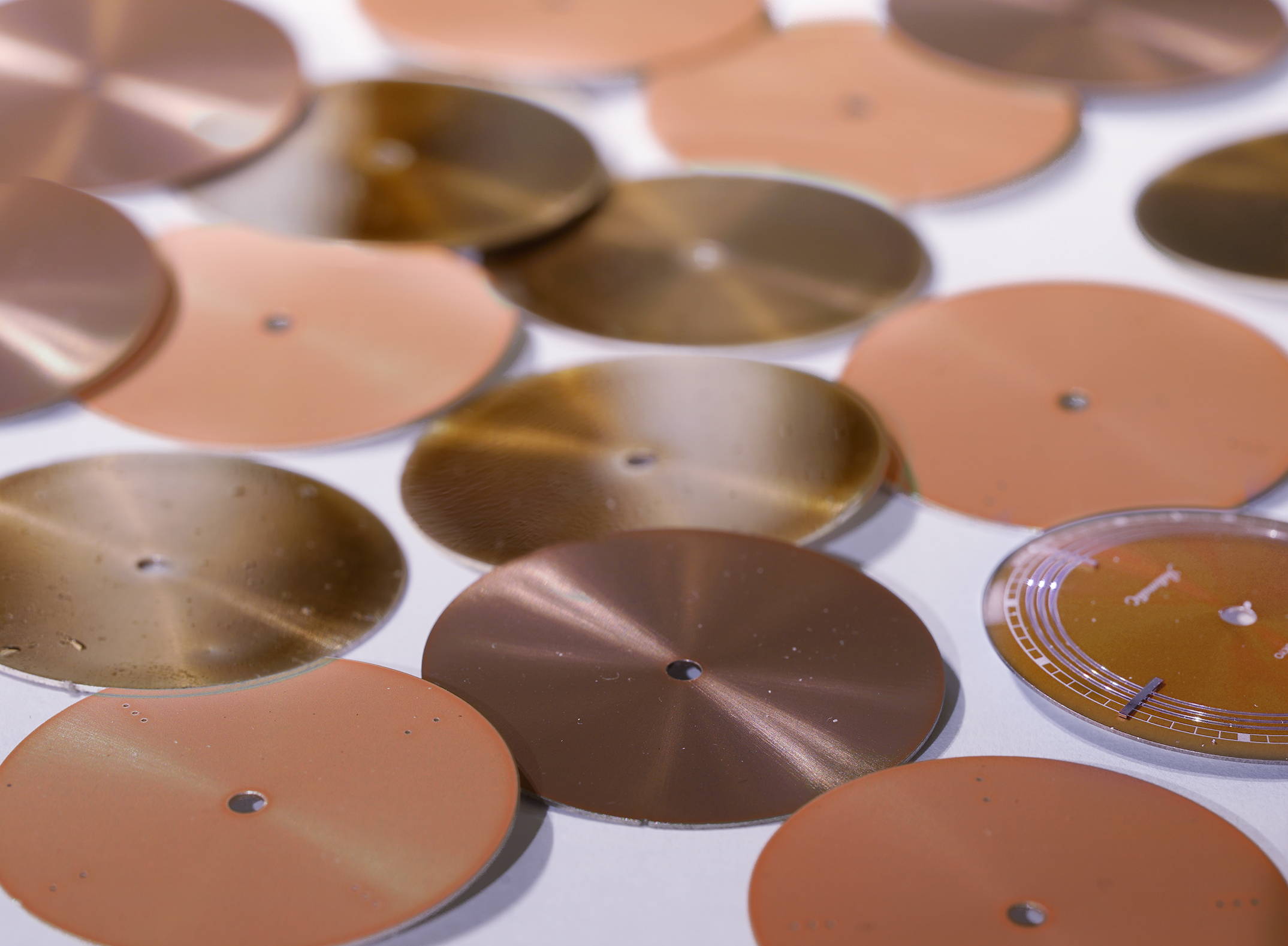 Similar to the Chronograph 2, collectors will be glad that there will be plenty of light play on this shade.

Lightplay on the 朱鷺:TOKI takes a new dimension depending on the type and color temperature of the light source. In white light, the purplish-coral hues of the dial take centerstage, while in yellow light, its golden hues are accentuated, making it look less playful and more refined.

With all the thoughts, story and effort put into the watch, how can one not fall in love?

Sadly not all awaited features will be introduced. Blockchain certificates will be delayed due to the change to Proof-of-Stake-based blockchain. You can read more about it here. 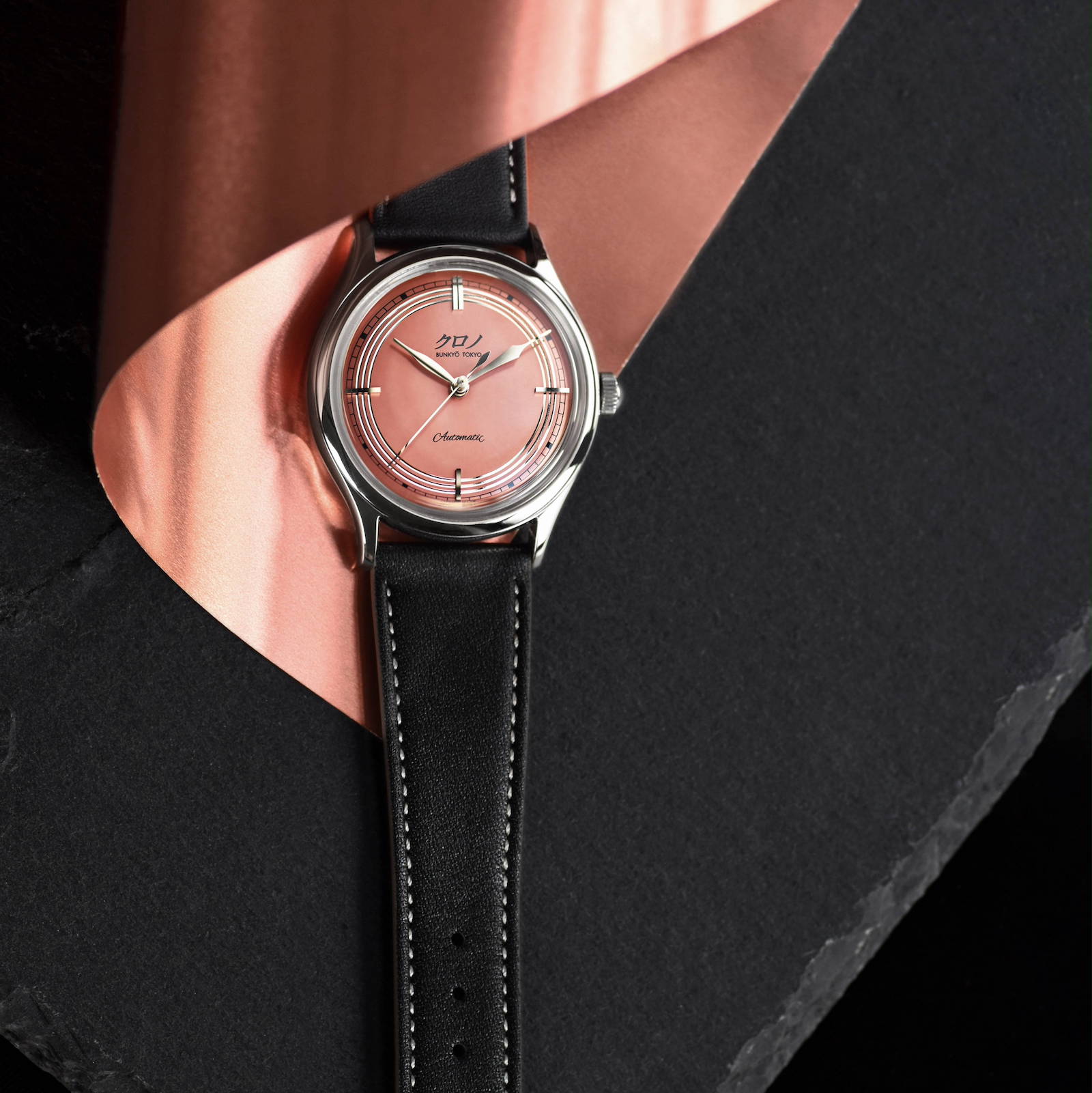 What will delight the customers is that compared to previous watches where it’s limited by quantity, this is time-limited to 10 minutes. This means that anybody who’s ordering within 10 minutes will be guaranteed a watch. Shipment priority will be according to the invoice queue. Delivery will start from mid-June to the end of July. Compared to the Chronograph 2 and the Grand Akane, this is faster as it’s an easier watch to make.

Like the previous anniversary model, this was made affordable at JPY189,900 or USD1,738 excluding shipping and taxes.

You can learn more about the model here.

Also, a reminder from the Kurono Team.

Please purchase Kurono Anniversary 朱鷺:Toki because it is a beautiful watch that you would like to wear and that you share Hajime-sensei’s aesthetic preferences. 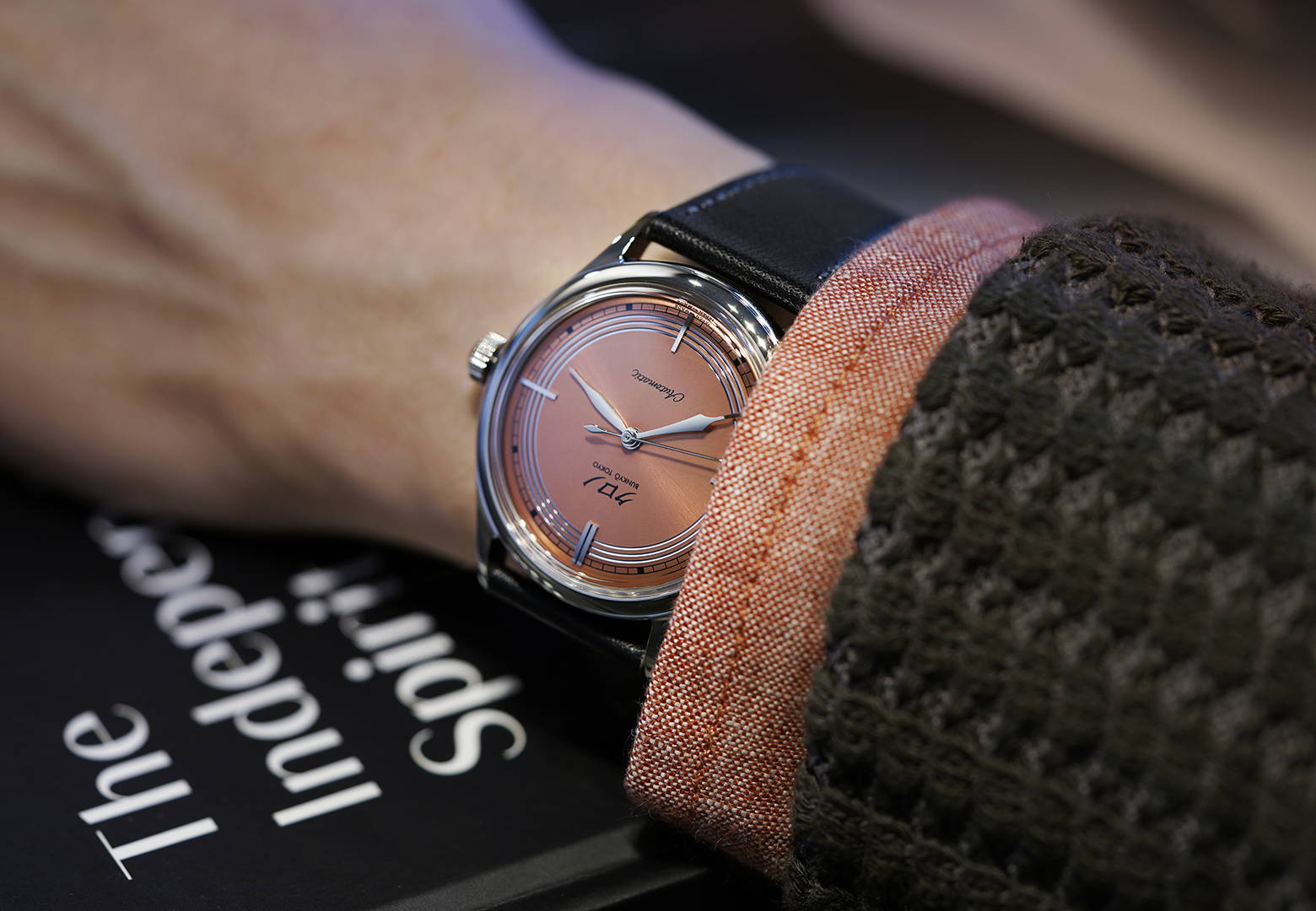 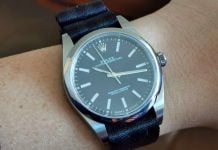 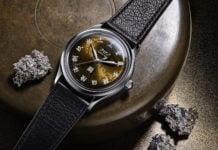 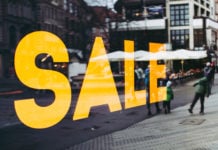