J.Farren Price recently became an authorised dealer for Grand Seiko. I find this rather interesting as Grand Seiko is not a brand I see them stocking. What better way to show this new partnership than assembling a spring drive demonstration. Grand Seiko master craftsman Mr. Ikukiyo Komatsu headed the demo along with a translator. I believe there were also two general manager who were also present.

There were three allocated sessions at one hour each between 12 – 3pm. The demonstration was to be held on the venue’s new second floor. When I got there around 12:05, the session has already started. The assembly finished around 12:20 with plenty of time for questions and answers. The whole session ended around 12:30. People now were free to look around the shop and check out the whole collection of Grand Seiko at the first floor.

Funny enough during the hands assembly, the hand alignment for the date switch wasn’t taken into consideration. We do have to note that this is just a demo so things need to be faster.

I only have one question that I wanted to verify with them. Does the level of power reserve affect timekeeping? The answer is no. That means you can take the watch off on a friday night and wear it again on Monday morning with the same level of accuracy.

The visiting Japanese general manager also said that a smaller Spring Drive is on the works, but he can’t say more than that.

Below are some of the images from the session. 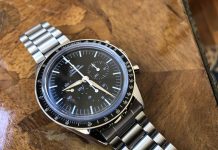 First Omega in Space on a bracelet 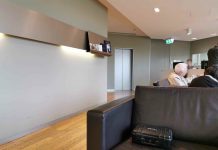 Trying to provide you with the latest news and reviews straight from my wrist.
Contact us: info@relozo.com
Time only moves forward.